Normally, an economy flight is nothing to write home about (especially in the US) but my flight last year on Virgin America was full of surprises (the good kind) that I had to share with everyone. This was my very first time on a Virgin plane and it was also my first flight of 2016 since I was travelling on New Years Day. We departed on time from San Francisco International Airport (SFO) at 9am and was scheduled to land at 10:30am.

The first surprise of the flight was how new and clean the A320 cabin looked, especially when compared to my previous flight with American Airlines. The interiors were simple but modern with purple mood lighting to add to Virgin’s trademark fun attitude in many of its products. 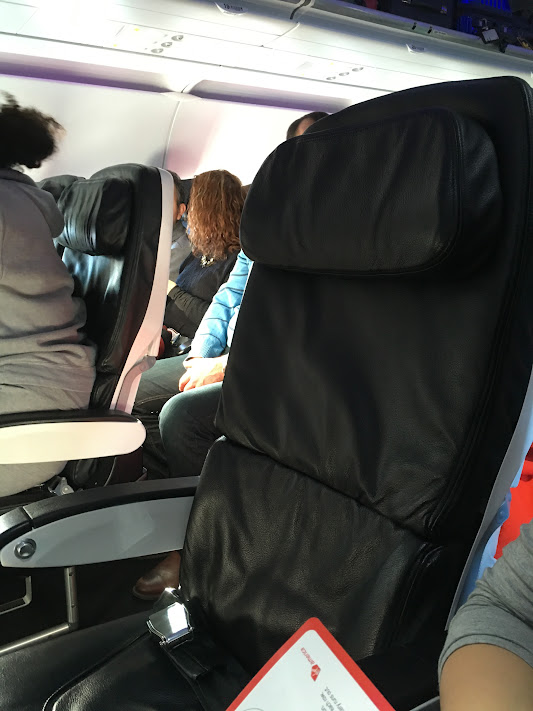 The black pleather seats were comfortable and the adjustable headrest was high enough for my head to rest on (unlike the seats in American Airlines). The 32 inch seat pitch is rather generous for a short haul flight.

The inflight entertainment system named Red was intuitive and smooth with a reasonable content library. Since the flight is domestic, passengers will have to purchase any movies or TV shows but have free access to several TV channels, that’s right you can watch live TV in the air!

There’s also inflight WiFi provided by either ViaSat or Gogo depending on your plane.

Red also lets you pre select your (free) beverage, I pick an OJ and it’s delivered to me when the flight attendant does her round down the aisle. Food and other beverages such as beer and wine are available for purchase, the inbuilt credit card reader lets your place and pay for your order anytime. 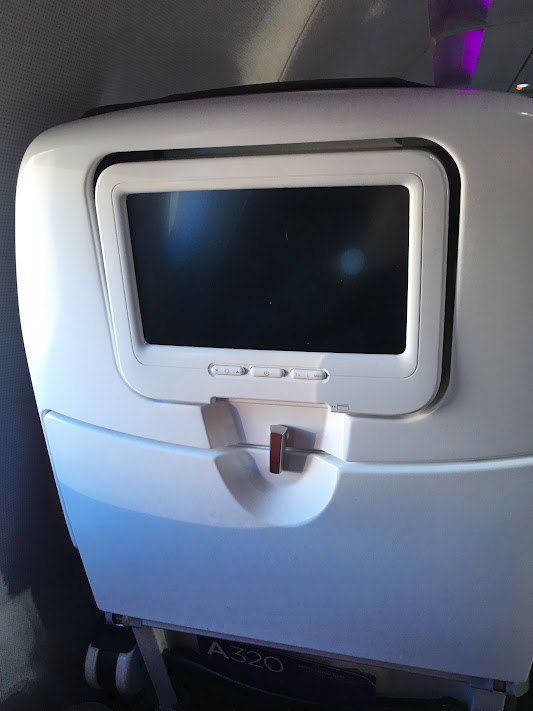 The best surprise of the flight was hands down the priceless view I saw when the plane was above Death Valley. Watch the video below to see the snow capped landscape I witnessed!

90 minutes went by in a flash and we had touched down in McCarran International Airport in Las Vegas.

The flight itself from SFO to LAS was priced at $51 USD per person, I opted for check in luggage which had an additional cost of $25 USD. 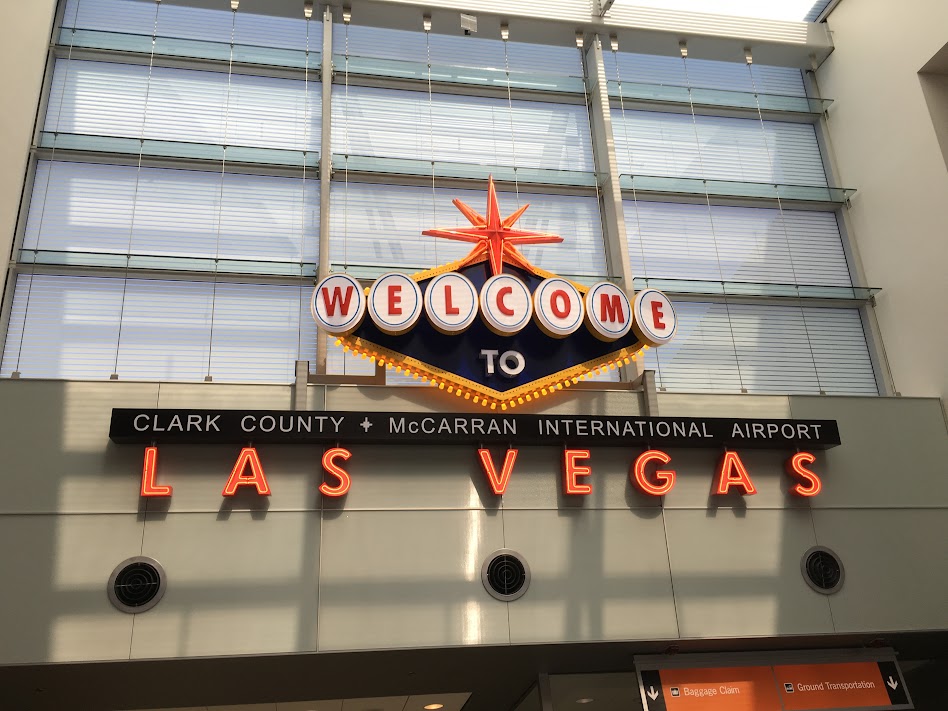