Arriving at 5am in Hong Kong after a red eye flight is not the most pleasant way to start a holiday. Fortunately, I was headed to Cathay Pacific’s The Arrival lounge to freshen up.

The Arrival lounge is tucked between the passageway that connects Terminal 1 and 2.

Once you exit immigration, head for the escalators next to the Airport Express station. Continue down the escalators and you’ll see the Cathay Pacific Arrival Lounge on your right, directly opposite on your left is the Plaza Premium Lounge. 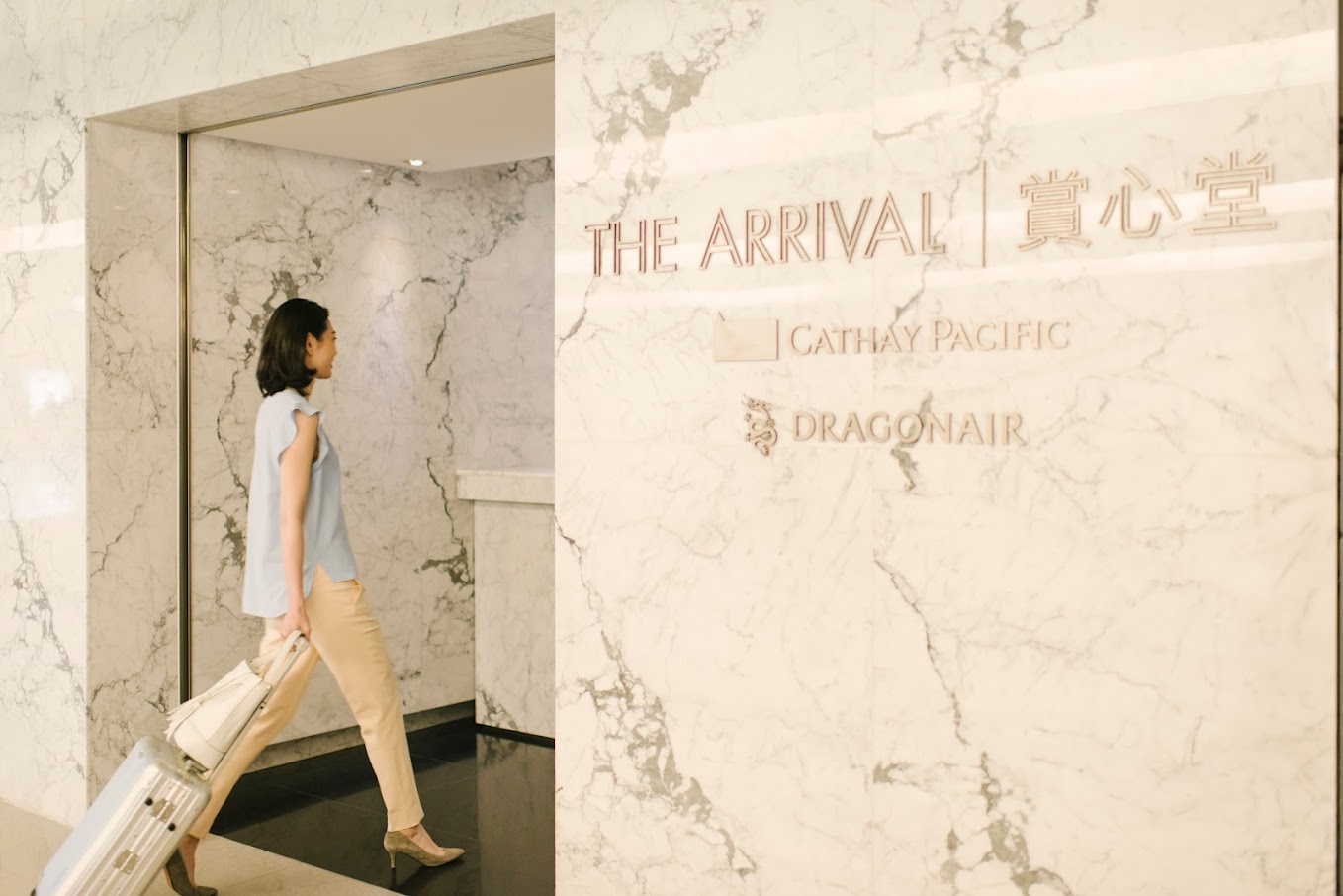 Getting into the lounge requires travellers to have flown in on a Cathay Pacific or Dragonair flight in either business or first class. Alternatively, one can get in if they hold Oneworld Emerald status. It should be noted that no guests are allowed.

The lounge is open daily from 5am to midnight.

The Arrival is rectangular in space with a small lounge area at the front, dining space at the back, work stations lining either side and the showers off to the right side. It can feel cramped due to the limited space, especially compared to Cathay Pacific’s other lounges.

The breakfast spread is on the smaller side but adequate enough. Traditional breakfast items such as cereal, bread, croissants, fruit and yoghurt were laid out on the counter, along with a few hot dishes such as Baked Beans and Stir Fried Noodles. 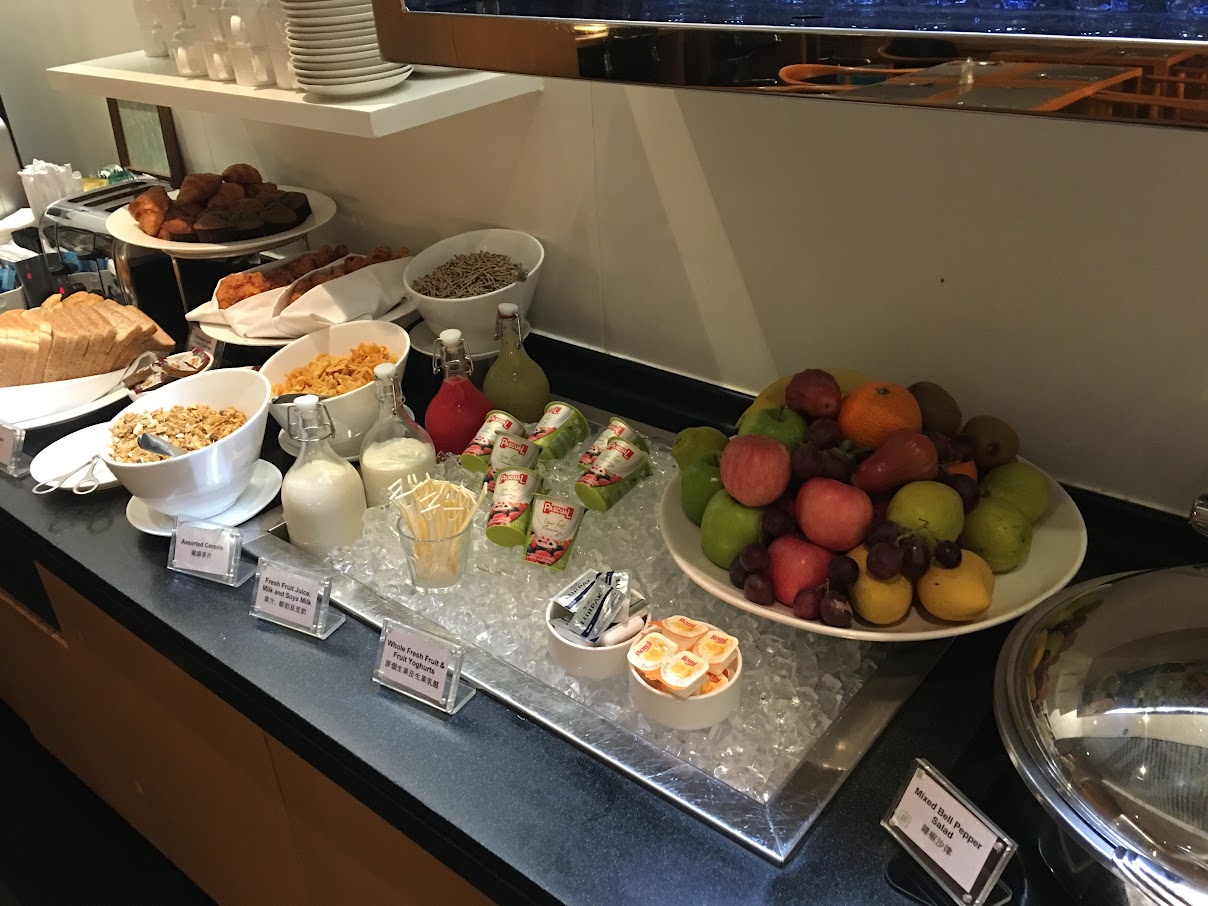 Breakfast spread at The Arrival

Above the spread, sat a cooler with soft drinks and bottled water. Fruit juice, milk and coffee were also available. 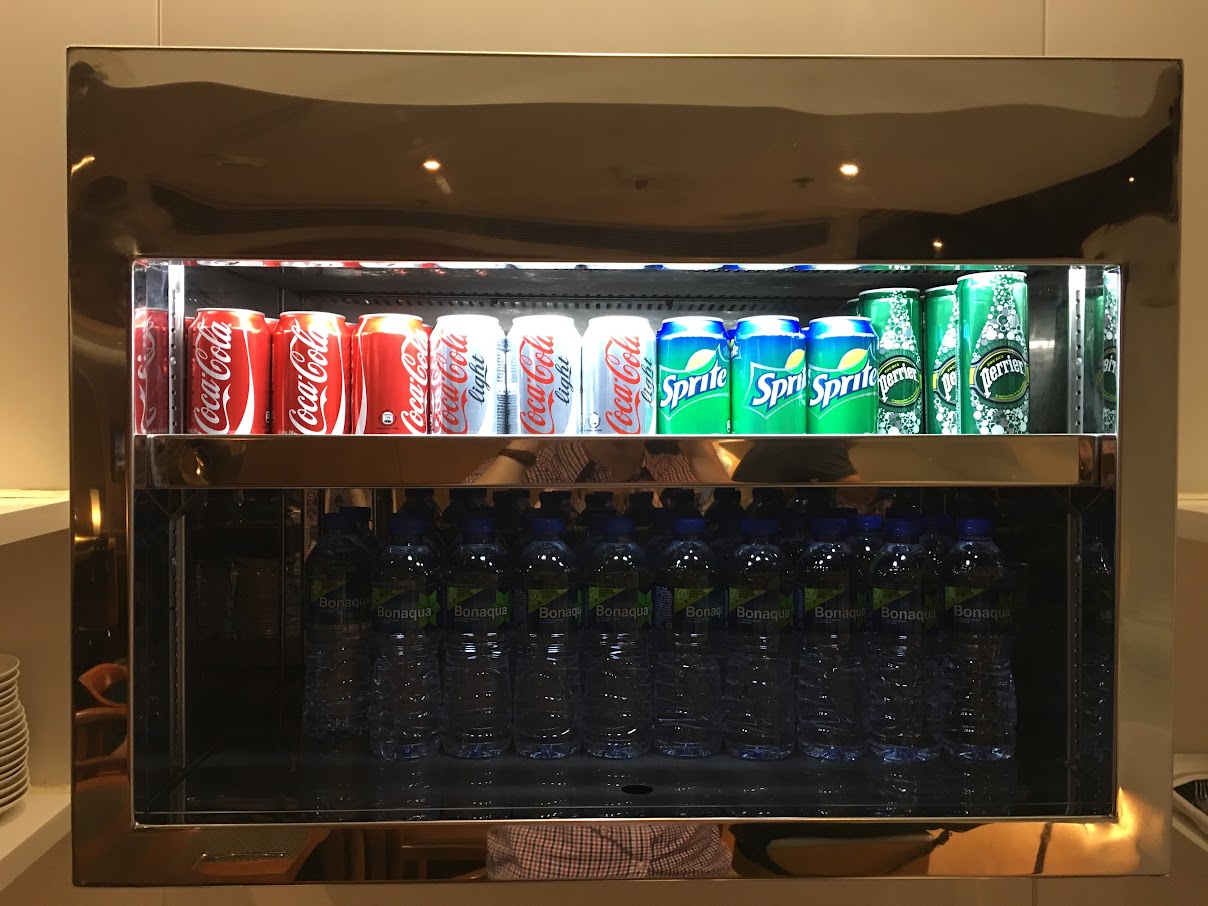 Soft drink and bottled water at The Arrival

In addition to the breakfast spread, travellers could order off the limited a la carte menu, which mainly comprised of different styles of eggs. 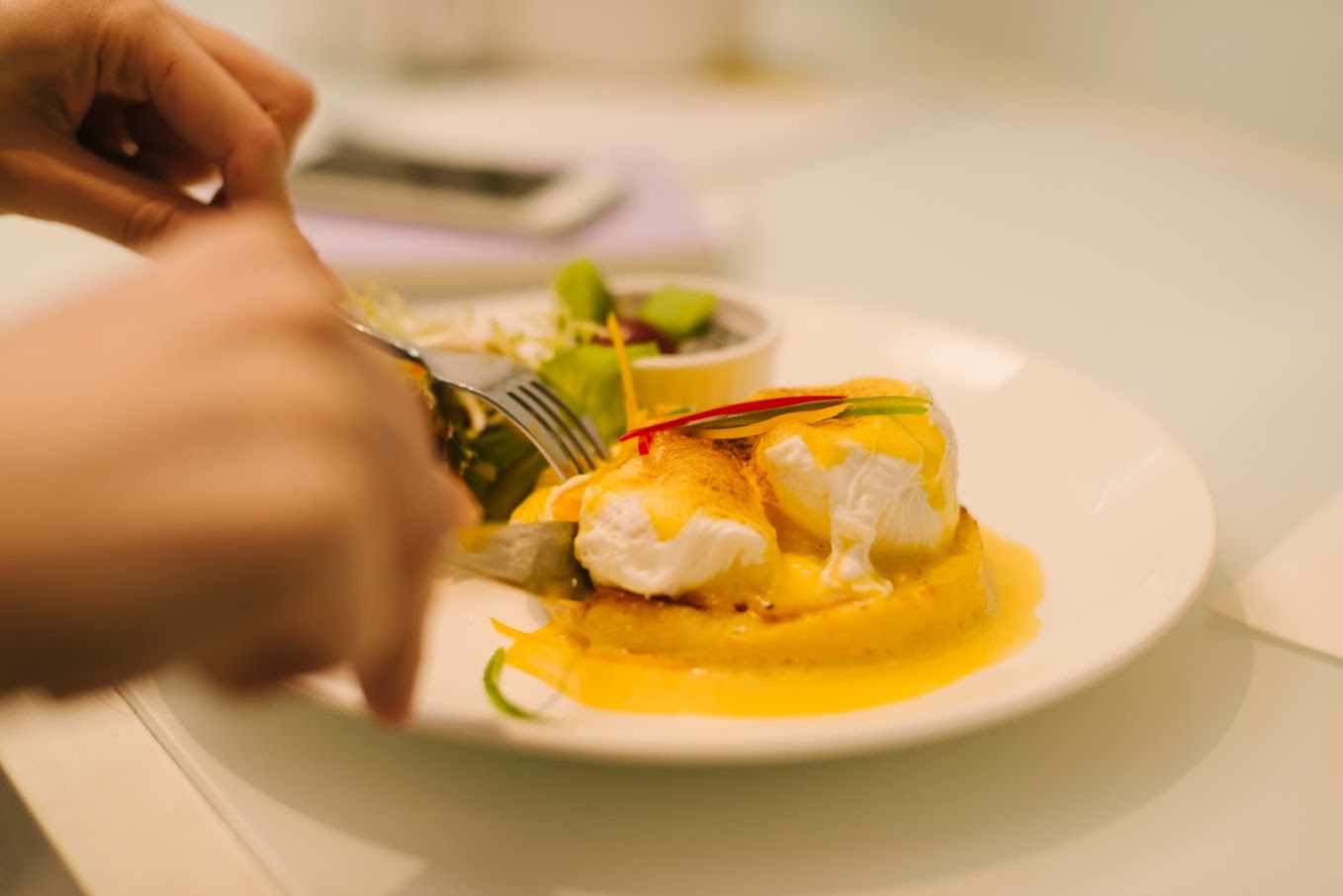 Guests can enjoy complimentary Wi-Fi for their laptop and mobile phones. A small business center with three PCs can be found on the left side of the lounge, while on the right there’s a row of iMacs sitting along a sleek white bench. During my visit, 2 of the 3 PCs were out of the order but the iMacs were functioning. 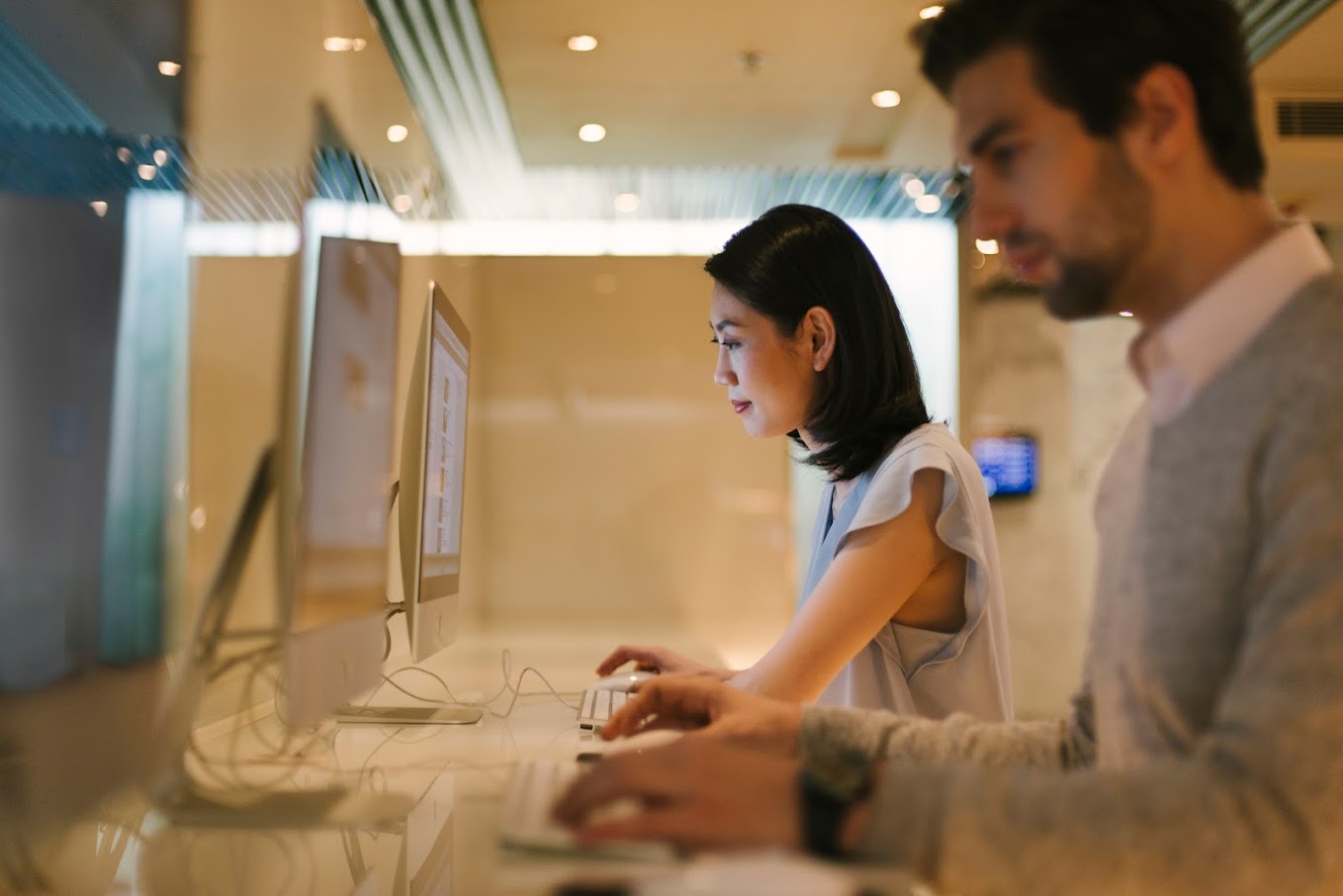 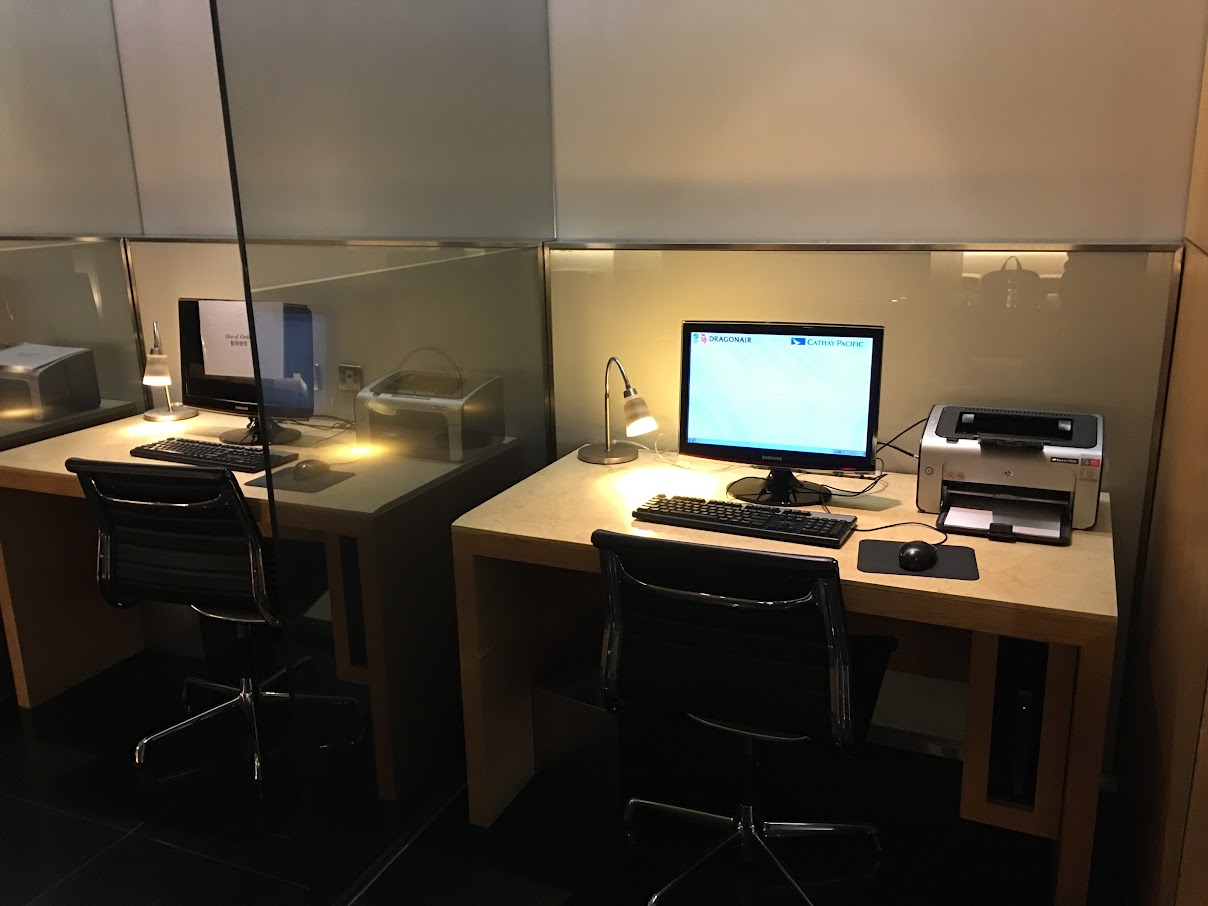 Newspapers and magazines can be found on the wall separating the lounge and the dining room.

In my books, the main attraction of any lounge, is the shower facilities. The Arrival has a total of 8 shower rooms, which were extremely popular during my visit. I ended up waiting for 15 minutes for a stall to be free. 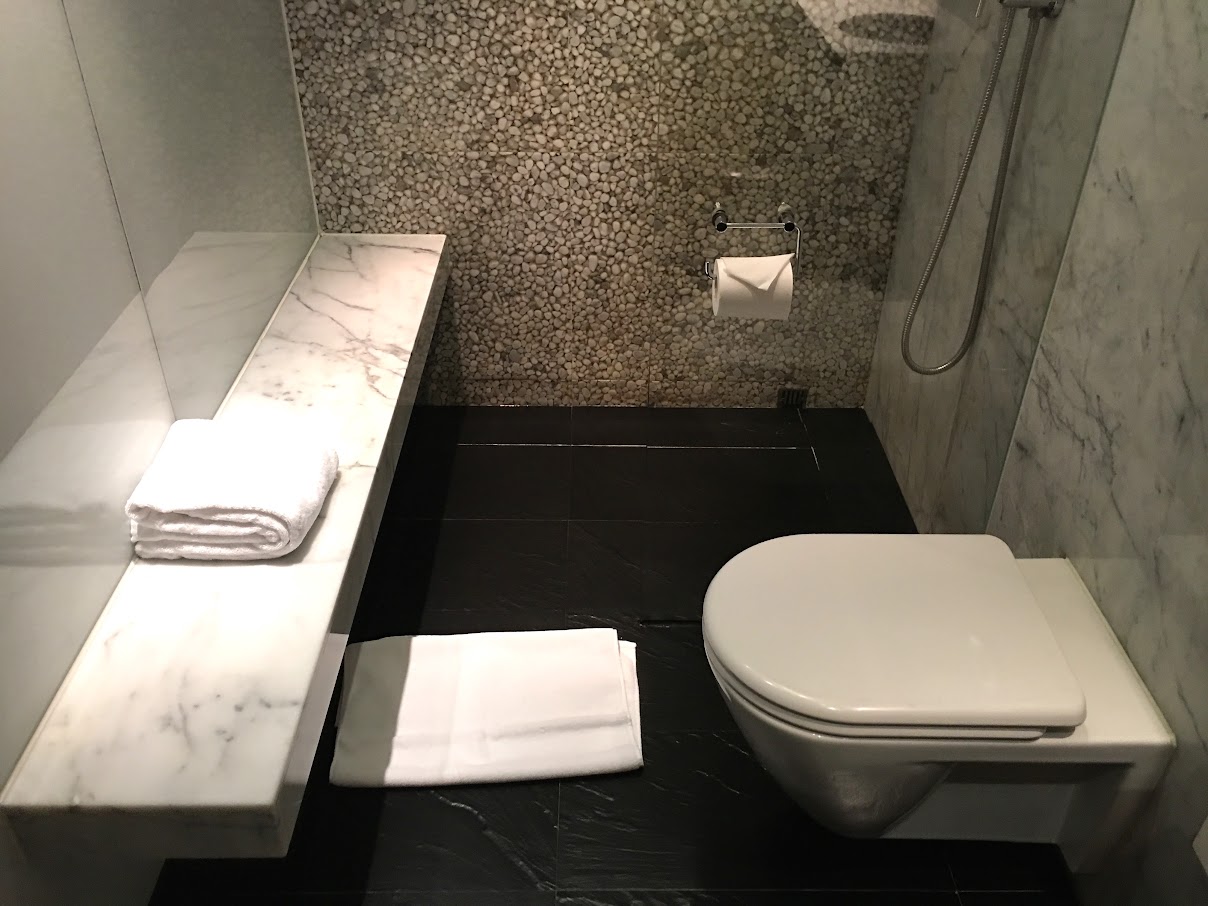 The shower rooms are modern, clean and stocked with Jurlique facial cleanser, moisturiser and mist. The actual amenities in the shower are in nondescript metal containers. 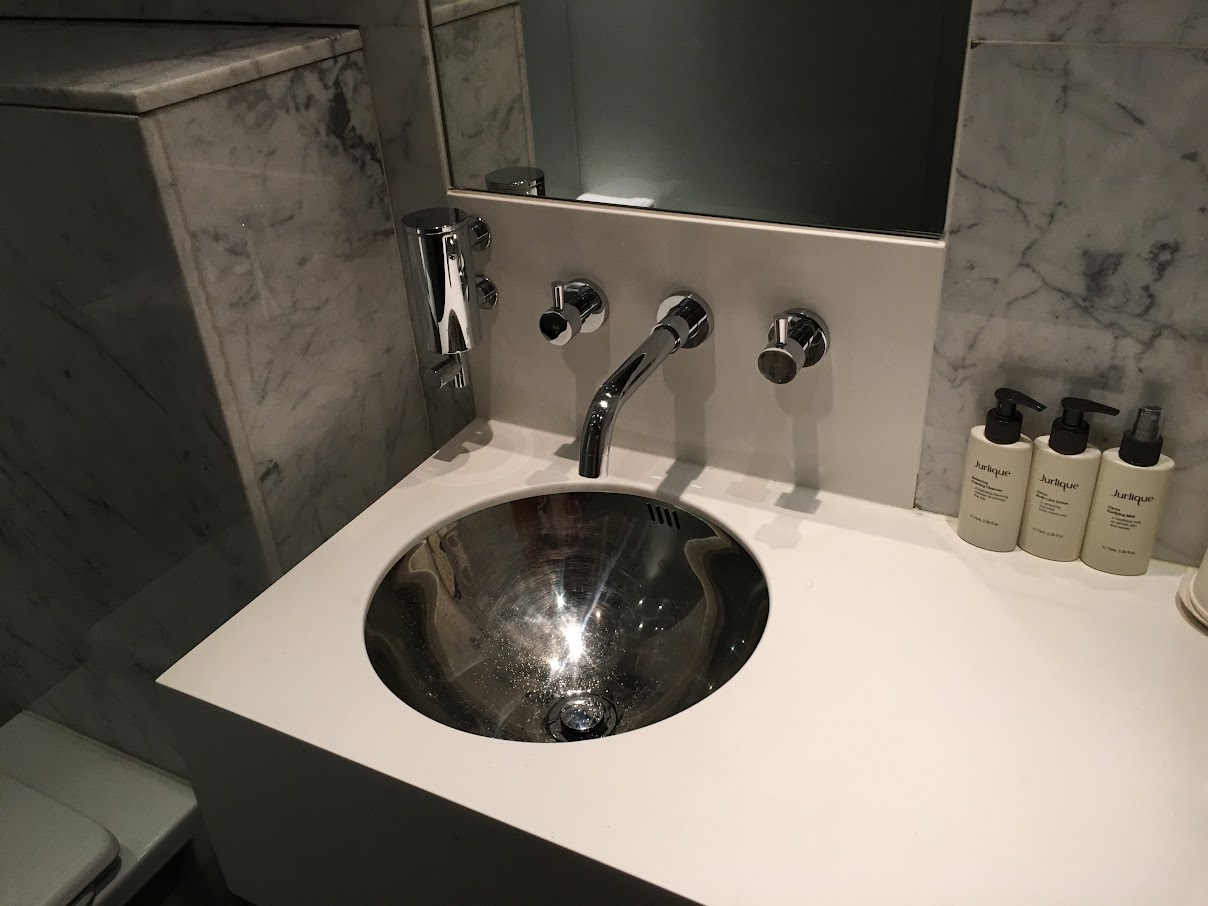 The Arrival lounge is ideal for travellers on early morning flights – a quick breakfast and a cooling shower will help fight the jet lag. If you’re arriving later in the day, you are better off heading to your hotel and giving the lounge a miss. 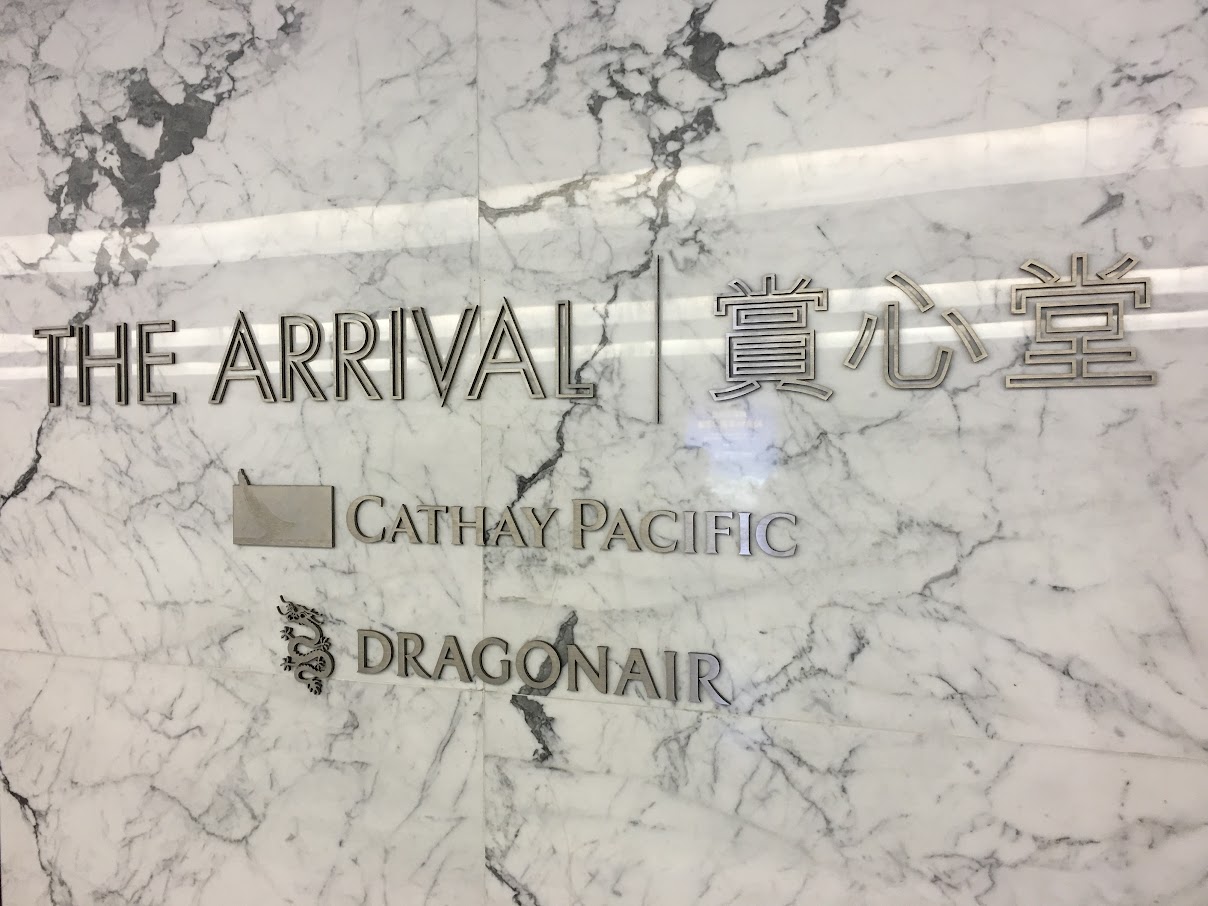