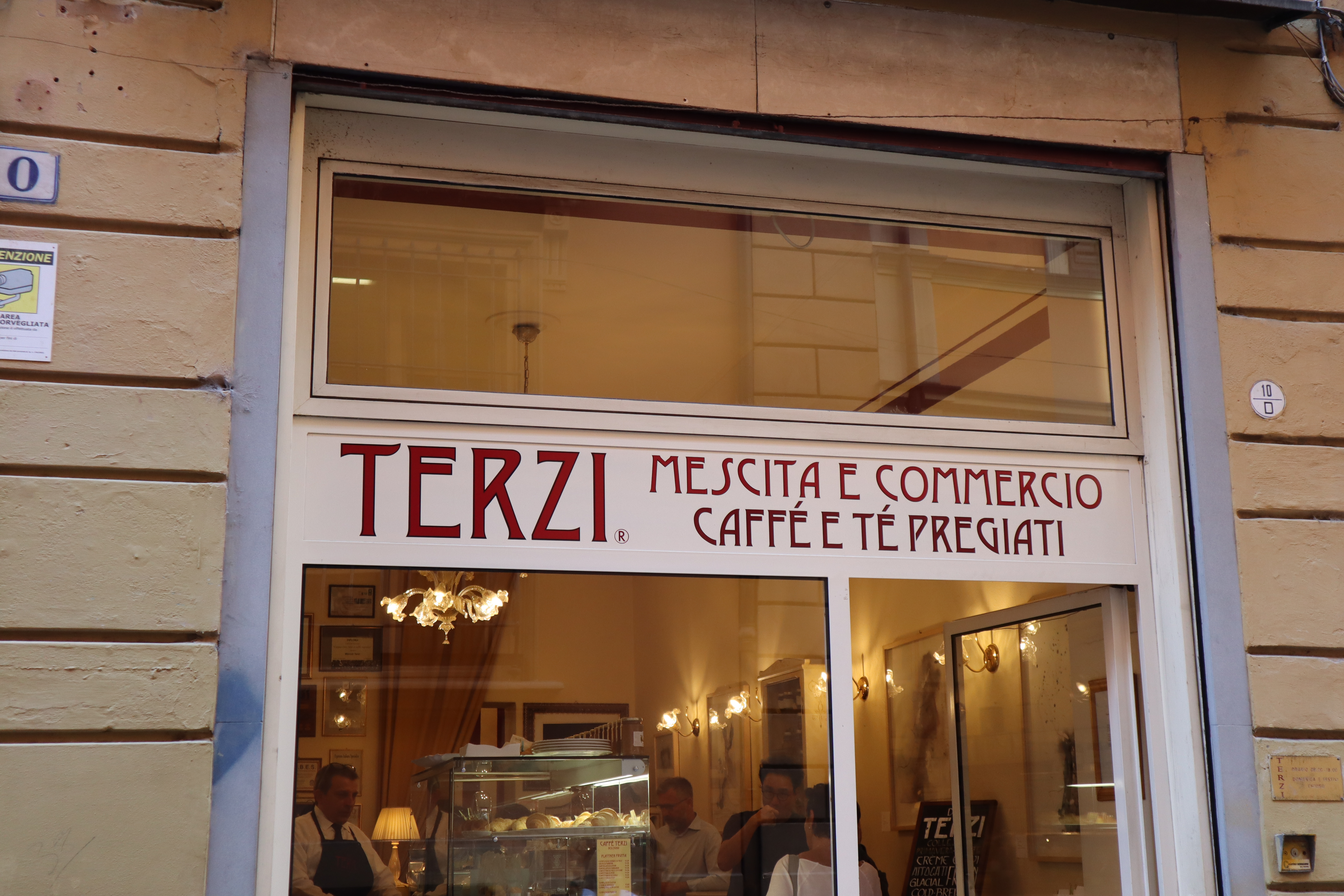 Founded in 2001, Caffè Terzi has solidified itself as the best and most renown cafe in Bologna.

As Caffè Terzi roasts its own beans, guests can choose from two different blends for their espresso based drinks.

During my stay in Bologna, I manged to visit a few times and was able to enjoy several different types of coffee. Both the caffe macchiato and cappuccino I tried were expertly made and balanced. The use of chocolate shavings to top the cappuccino added a touch of luxury.

Along the counter, there’s around a dozen different sweeteners for guest to choose from.

If you’re visiting during summer and want to escape the searing Italian heat, try the Shakerato. It’s a chilled, refreshing drink made with a shot of espresso, simple syrup and shaken with ice cubes in a cocktail shaker.

As coffee is the main focus, food at Caffe Terzi is limited to different kinds of cornetto (chocolate, jam and cream) and small sweets.

The baristas behind the counter were professional, efficient and spoke great English.

When you visit Bologna, getting coffee from Caffe Terzi is a must.